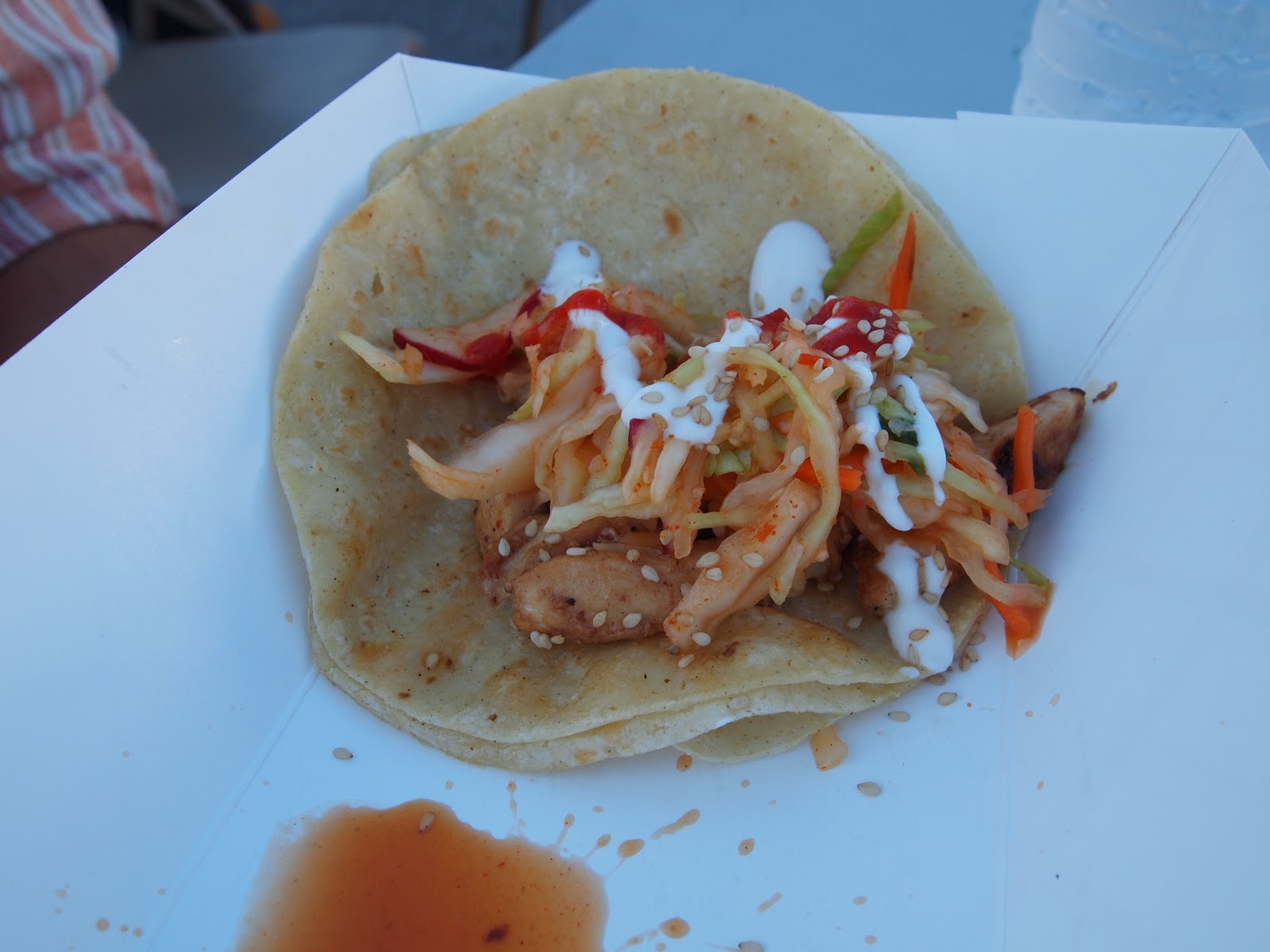 The mobile food truck business has exploded in DC over the year. Cupcakes, french fries fried in duck fat and shakes, Korean tacos, pizza, BBQ. It seems the food choices are endless. For the first time and I hope not the last, most of the food trucks could be found in one place. It was during the 2010 Curbside Cookoff. The DC City Center, Thursday and Friday is where all these trucks could be found serving the masses. It was a mobile foodie lovers dream.  The hard part was deciding what to eat. Really, how could you go wrong. After following the trucks on Twitter and Facebook for the past months, I, now had them all in one place at my mercy. Trying to get each vendor to come the museum or find them close enough so I could get my Wonky food or fries and a shake. Curbside cupcake is one of the few trucks that comes close to my office so that I can get my cupcake love. I went for lunch Friday or at least tried to have lunch at the cookoff but the crowds were too much for me and my lunch hour. So  try try again I went after work — Fry Captain was first up, so I got fries in duck fat with sea salt and a chocolate shake, WOW!!! Then it was on to Tokorean for Korean style tacos. Tacos with kimchi (although I thought it could have been spicier). Even at 4pm the lines were at least 25 minutes long. The longest line for the evening was at  the lobster pound truck. We can only hope this becomes an annual event. All the trucks in one place- a true foodies dream come true.