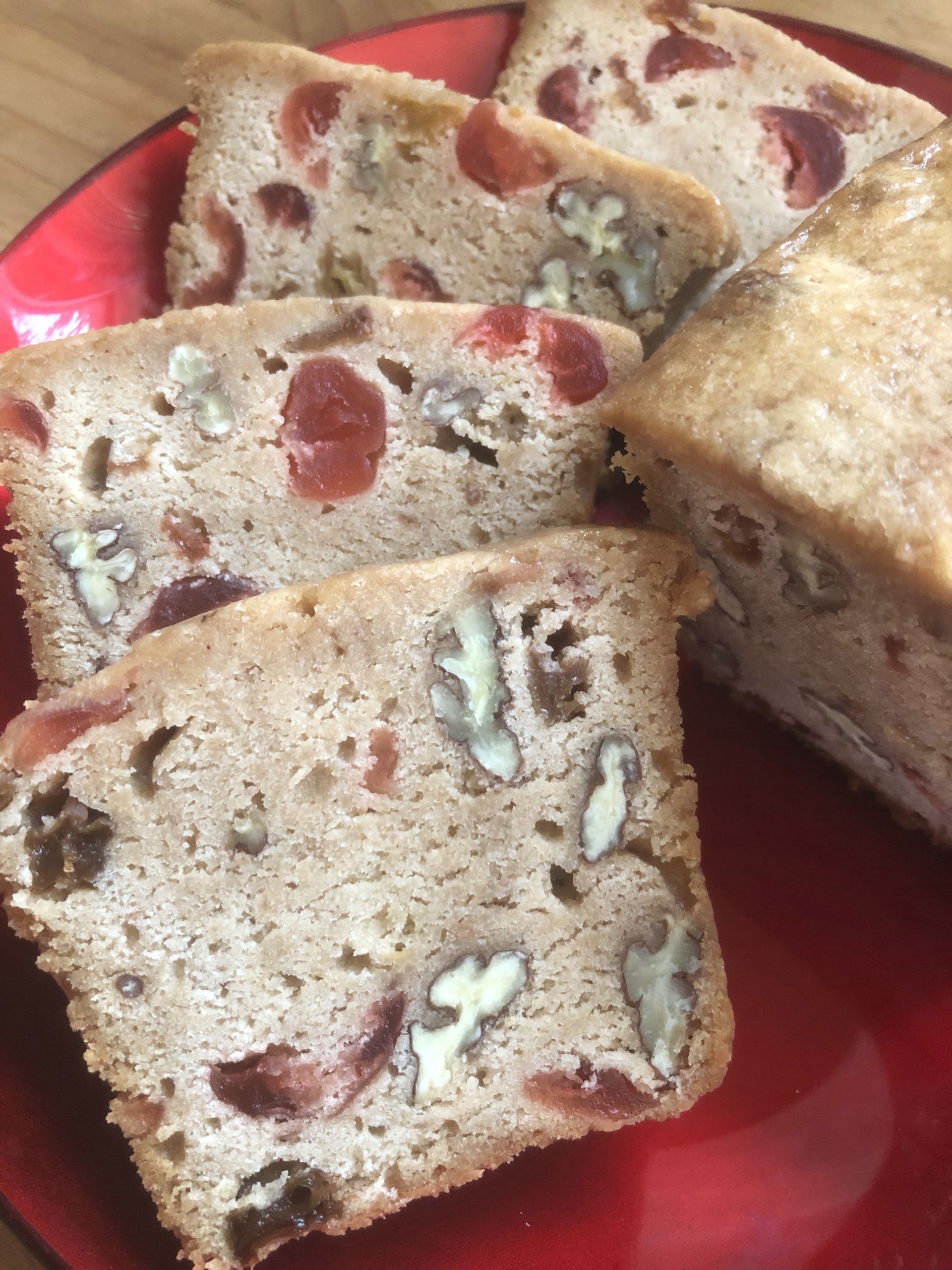 Now that the Turkey has been strip to the boney carcass and turned into stock, it is time to turn our attention to Christmas. The days are short, the nights are long and the stores are now playing 24/7 Mariah Carey’s “All I want for Christmas”.

This long weekend starts the baking season for me. The next few days are very, very busy. The tree, decorations for the house, cookies and fruitcake. Just the mention of the word and it conjures up all sorts of jokes and images of green and red fruit in some rectangular form mostly used as a door stop. You either love it or hate it. But if you say you hate it you have not eaten my fruitcake. If you love it, then we must celebrate Fruitcake season. A proper fruit cake is a dense cake with fruit and nuts that is tucked away in the refrigerator and gently soaked with liquor. My go to liquor is Makers Mark Kentucky Bourbon. You can use what you like. Rum, brandy it makes no difference to me.

But can fruitcake really be as bad as jokes say they are? Fruitcake has had such staying power. Types of fruitcakes can be traced back to the ancient Romans. Their cake was made  a from barley, pomegranate seeds, nuts and raisins. However, the modern fruitcake can be traced back to the Middle Ages as dried fruits became more widely available and fruited breads entered Western European cuisine. The Italians have their variation, the dense, sweet-and-spicy panforte; Germany’s Stollen, a loaf coated with melted butter and powdered sugar that’s more bread-like in consistency. You can even find the cake in the Caribbean Islands, a boozy dark descendant of Britain’s plum pudding where the fruit is soaked in rum for months, or even as long as a year. The fruitcake was traditionally served for special occasions such as weddings and holidays as the ingredients were expensive. 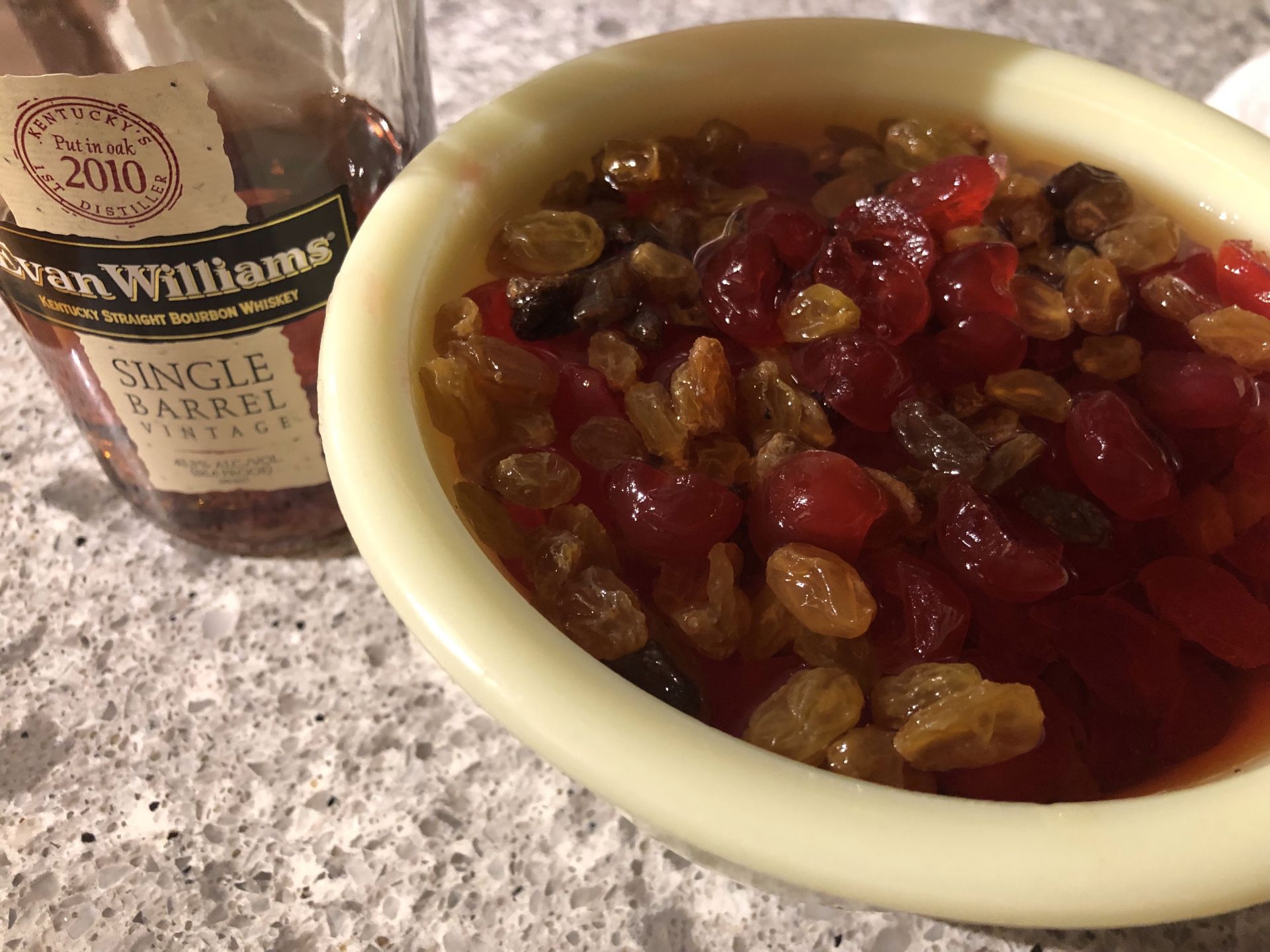 Growing up my parents used to get a fruitcake in a round tin with a lovely winter scene on the top every year.  I would always sneak a slice when no one was looking. A colleague gave me a recipe from the Washington Post for Kentucky Bourbon Fruit Cake. I have been unable to locate the recipe that was given to be but I did find this recipe from Allrecipes that is the closest to my original. This fruitcake has become a staple in by holiday baking repertoire. It contains no green pineapple for starters and has bourbon in it and its not shy about the amount. You can’t have too much bourbon in a fruitcake. It takes several days to make, I have to use one of the largest bowls that I own, a very sturdy spoon. Lots of nuts 4 cups to be exact. 2 types of fruit and of course they are soaked in bourbon first. Bourbon becomes an important ingredient in the fruitcake. I uses about 2 cups, you want to make sure to cover the fruit. Most recipes call for soaking the fruit for 24-48 hours, this year I let the fruit soak for a week. The raisins were nice and plump. I find the hardest part of the process is letting it rest for a sufficient period of time. The fruitcakes need to rest at least four weeks in a bourbon soaked cheesecloth in the back of the refrigerator, with at least one re-soaking of bourbon cheesecloth. Fruitcakes are like a fine wine they get better as they age. We just finished one that I made in 2017. They are definably better with age. This recipe makes one large fruitcake and about 4 small ones. So find friends who love fruitcake as much as you and share. 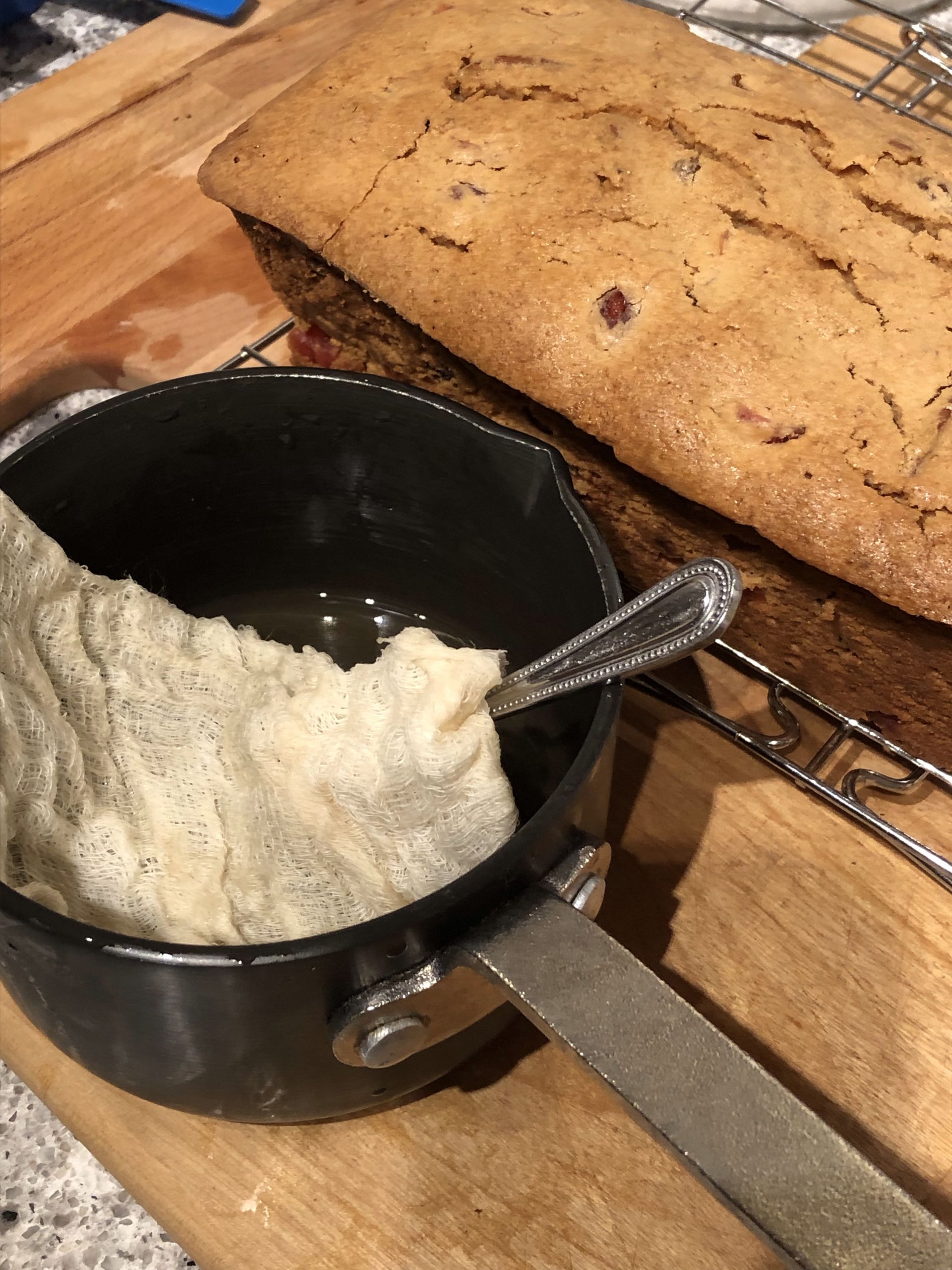 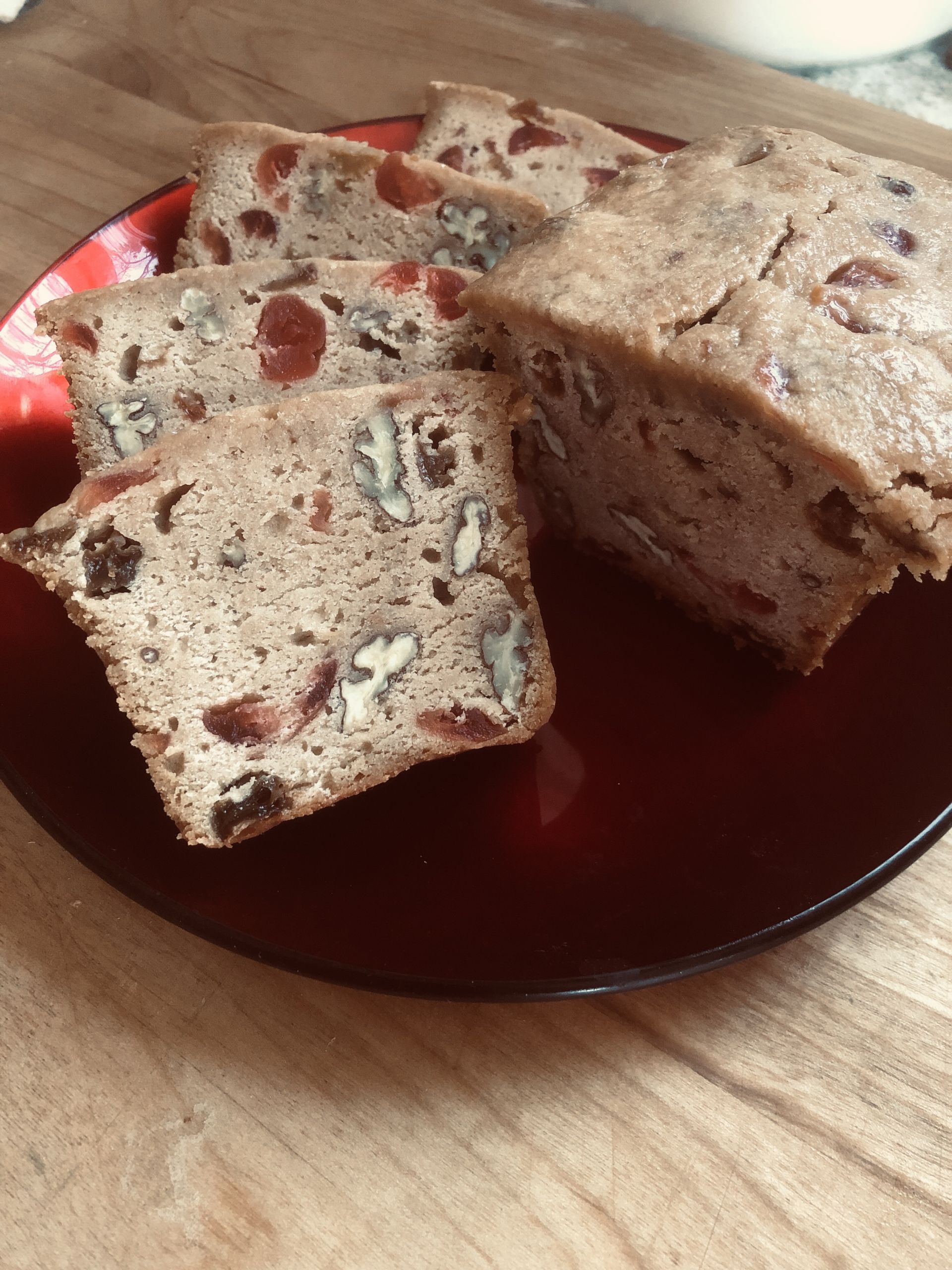 To this day how the confection came to be exclusively associated with Christmas season is still a mystery. And now at the end of the holiday season fruitcake has its very own day.