As I was watching Hurricane Dorian batter the South Carolina and in particular Charleston, I think back to the day we spent sightseeing and eating our way through this charming Southern City.  We did our best to see some sights and most of all we ate great food.

We were only in town for one day.  One day or even just a few hours is not enough to really get to know a city.  That is certainly not enough time to get to know a city with such rich history. The food was going to be the main attraction but you should also know the city’s history. It is hard to get it all in. Where do you start?

For starters Charleston was important to the early history of the colonies and pirates and and important city during the Civil War and beyond. The city of Charleston, South Carolina was founded in 1670 by English colonists. It was named Charles Town in honor of King Charles II. Charles Town’s location on the coast was vulnerable to attack. Charles Town became a hotspot for pirates from the 1670s; the combination of a weak government and corruption made the city popular with pirates, who frequently visited and raided the city. Charles Town was besieged by the pirate Blackbeard for several days in May 1718. His ransom was medical supplies. Can you say syphilis.

Charles Town flourished during the 18th century. Delegates for the Continental Congress were elected in 1774. During the Revolution the British attacked the town in force three times. On  May 12, 1780  the British captured Charleston. However, the British were forced to withdraw from Charles Town on December 14, 1782. They tried again in February 1780, with a siege that lasted 40 days and resulted in the capitulation by the city on May 12. The British occupation lasted until December 14, 1782. In August of the following year, the city was chartered and took the name Charleston.

Reaction to the election of  Abraham Lincoln in November 1860 swift and quick. On December 20, a convention meeting in Charleston declared South Carolina to be an independent commonwealth, the first act of secession by any state. The first shots fired in the Civil War were the bombardment of Fort Sumter by Confederate forces on April 12, 1861. The war in Charleston came to an official end on April 14, 1865, when the Union flag was raised over Fort Sumter on the fourth anniversary of its surrender.

I had been doing my reseach for about a year looking for the best or most iconic places to eat. The plan of attach was to eat early and often. At least breakfast, lunch and a late snack we had to be back on the ship by 6. The one restaurant that was on the top of the list was Hominy Grill. As we were walking off the ship I spotted an young lady with maps. I asked her how far Homing Grill was from the dock. Her reposnse of they closed on Sunday (two damn days ago) was a shock to my system. @#$# I didn’t faint but the disappointment did show in my  respond “well crap!” That was putting it mildly. But never the less she sent us to TOAST for our breakfast and it did not disappoint. I had the Eggs Meeting Place an egg ontop of a fried green tomato ontop of a crab cake with a romoulade sauce and a very large fluffy buttery biscuit. The perfect biscuit. Visible chunks of butter throughout.

Time to walk it Off. We walked passed the pastel houses some had garden in front some did not. It was starting to get hot so we opted to take a carriage ride through  the histortic district. We got a history lesson on our slow ride around town. The carriage rides start and end the City Market. It used to be the center of the slave trade now it is the center of the tourist trade. There are now stalls fill with local crafts. You can find everything from the Gullah baskets, food products and photos of the famous Charleston doors (which we did purchase).

We found a BBQ joint for lunch. Pullled pork with 7 different sauces. Alabama white to vinegar and mustard sauce. All good in different ways but I will stick to my sweet and tangy sauce with the surprise runner up of the Alabama white.

After lunch we decided to walk back to photograph the imposing old city jail. We needed to make room for dinner! It was decaying and imposing and during the day but if you dare there are ghost tours at night. In jail’s heyday a six month sentence was more like a death sentence. Not very many prisoners made it through their punishment. Locals now say it is the most haunted spot in America.

Charleston is known for its many historic churches. Charleston Unitarian Church was started in 1772. It was completed in 1787.  The Huguenot (French Protestant) Church was dedicated in 1845 and Grace Church Cathedral was dedicated in 1846. We found ourselves in two very distinct church yards of the Catholic and the Unitarian Churches.  The Catholic grave yard was perfectly manicured while the Unitarian grave yard was overgrown not just with weeds and grasses but flowers and Spanish moss which was intentional to let the departed return to nature and  did give a very calm and peaceful vibe. 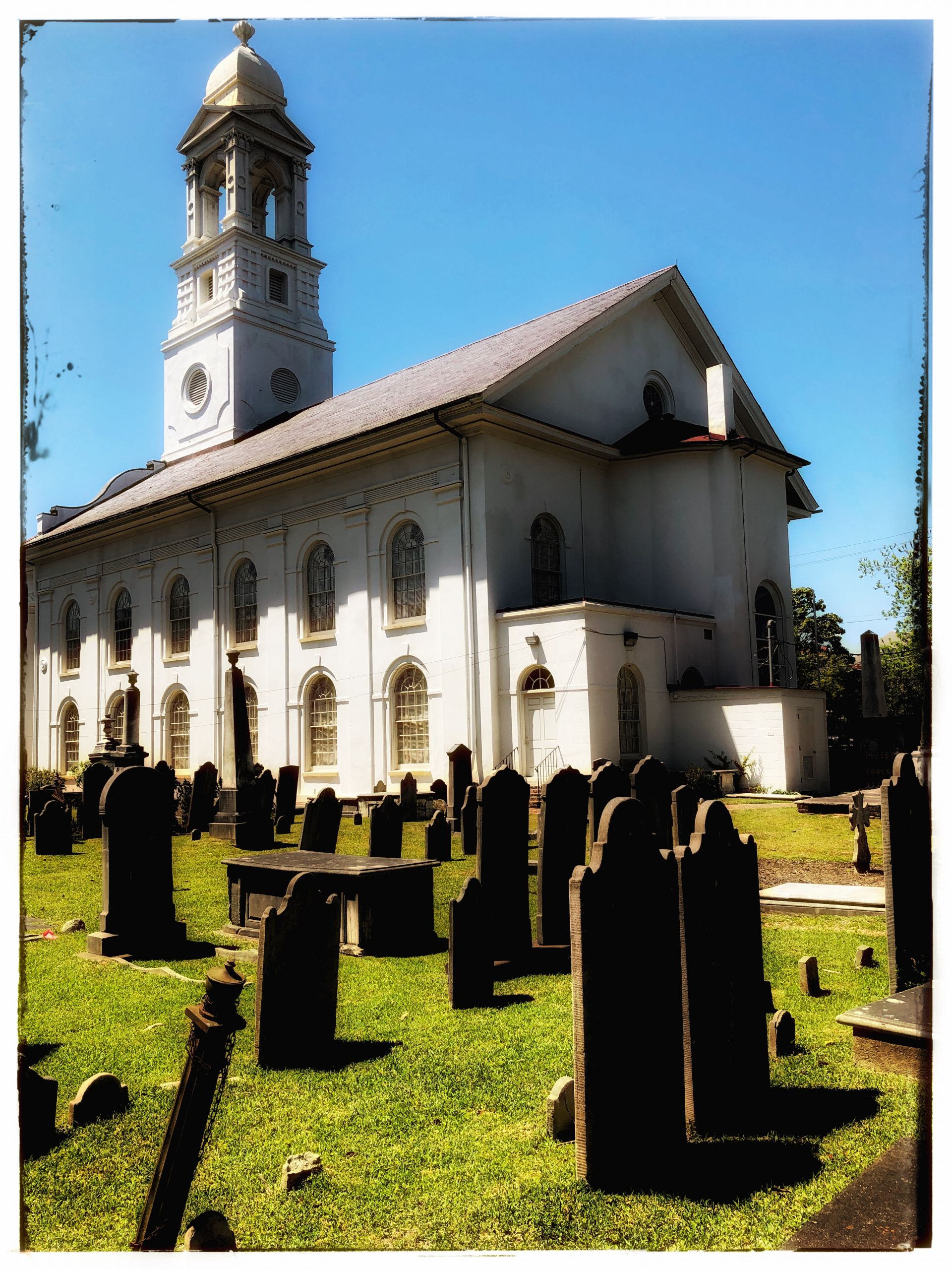 Now that we had worked up a smallish appetite it was on the Pearlz Oyster bar. Local craft beer and oysters from local waters. The  oysters were very briny and flavorful but I really prefer the oysters from my local waters of the Chesapeake. The highlight was the crispy oyster taco. If I was not already full from everything else that day I may have had more than one.  The Hubby definitely would have and he didn’t even like oyster tacos before he tried these. 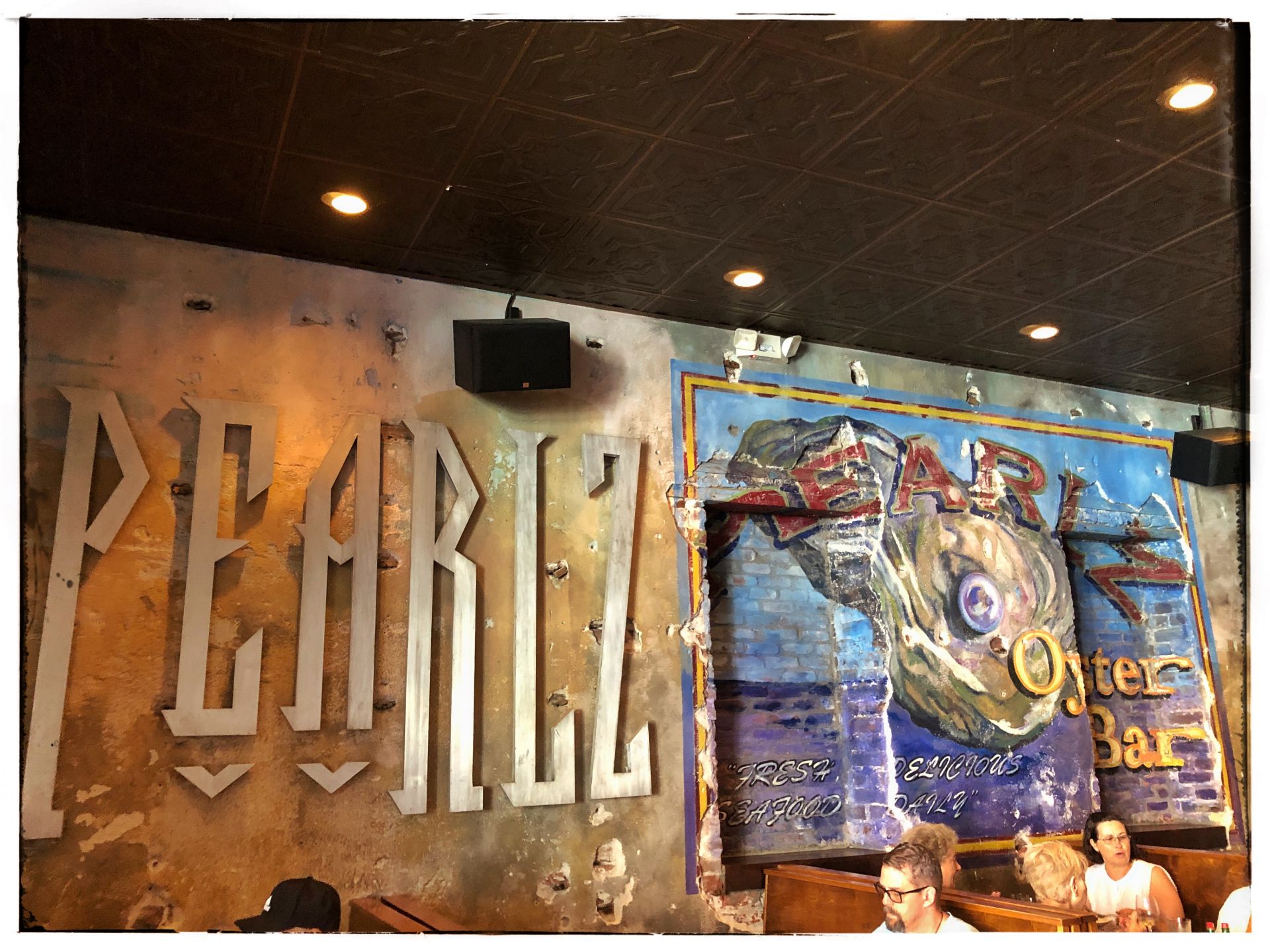 No trip to the South is complete without a stop in a candy shop. And of course we did. Pralines, Bearclaws and the Charleston sesame wafers.  I couldn’t decide so I brought all three. Most of them did not make it home.

We never did make it to Fort Sumnter, That we will leave for another day. It goes to the top of the list along with a food tour, ghost tour, Rainbow row and the Battery. I think a long weekend should take care of it. 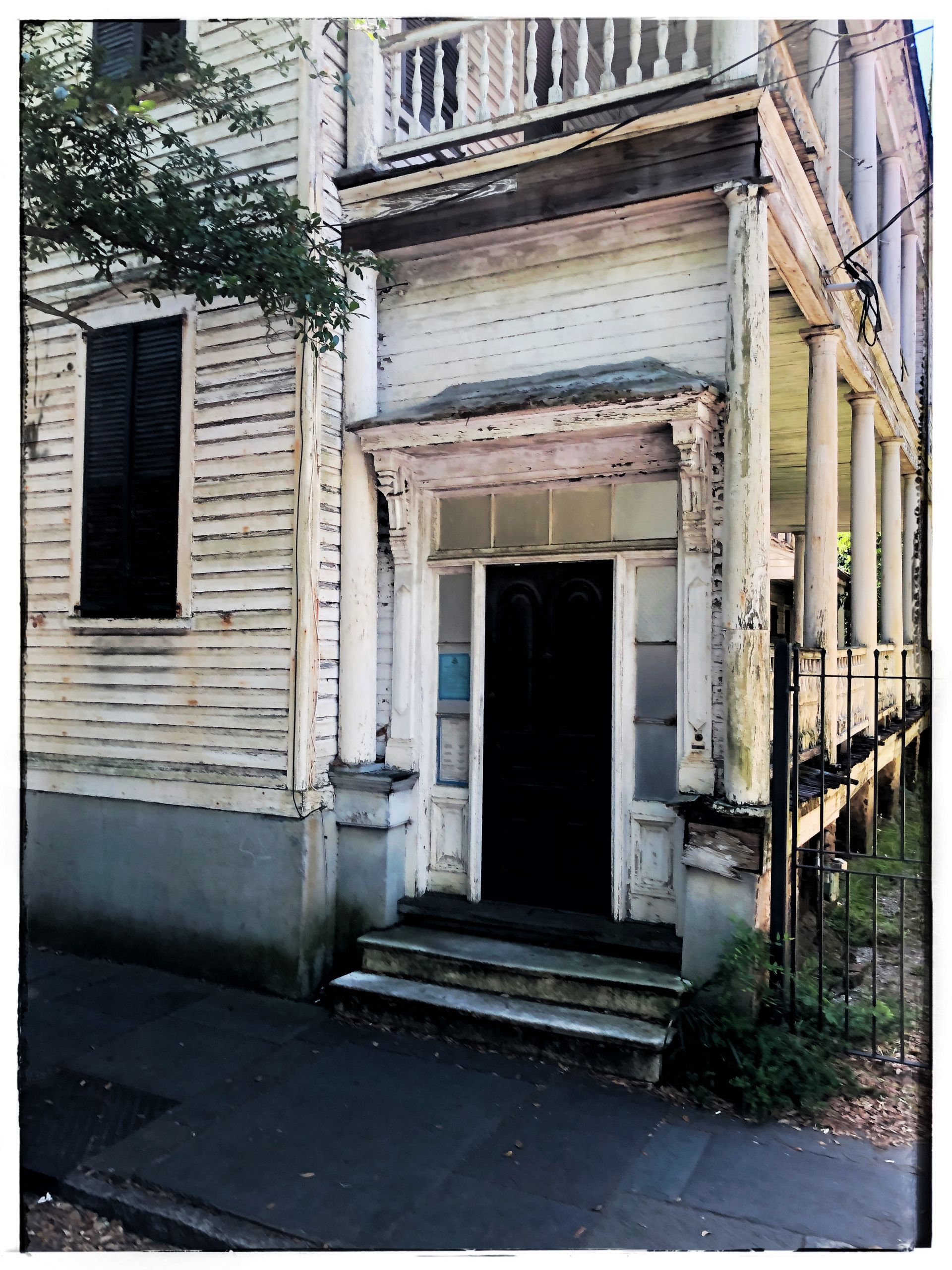