I have been attending the International Food Blogger Conference (IFBC) and other food blogging conferences over the last 10 years. I have been to some amazing cities over those years, New Orleans, Seattle, Miami, Portland and Sacramento. I’ve been pretty selfish and attended all of these conferences without the hubster, so I promised him that in 2019 no matter where IFBC was going to be held, he could tag along and we would spend some extra days. So, when the IFBC 2019 host was announced I muttered “Son a b*** he gets to go to Juneau Alaska”!
I reserved the hotel, made airline reservations through Alaska Airlines and excursions pre and post conference were made. After all that, the trip was put on the back burner that is, until the conference update emails started arriving and the excitement for Alaska started to build.  We had added a couple of days at the end of the conference so I scoured the internet for other things to do in Juneau. Some of the excursions were  gold panning and glacier canoeing.
After an early morning and long flight, we finally arrived in Juneau. It was exactly what I expected: mountains surrounding us, low flying clouds shrouding the mountaintops and cool and misty weather. Finally got our “taxi” a very nice driver but in a beat-up old Suburban it was perfect,  it was so Alaska! After checking in we hit the ground running.
Since I was there for the food, we quickly scouted the area for a good bite to eat. Fortunately for me, and article on the best places to eat in Juneau was in my bag. We chose the food truck Pucker Wilson’s.
Time to walk it off. We walked around downtown for a bit. The lack of sleep was starting to catch up with me and a to end the day we grabbed  the nice beer at Devils Club Brewing. It hit the spot. How lucky were we, a brewery and a gin distillery across from our hotel.
Food blogging conferences have great speakers and content and I have always learned something, but to be honest I am there to explore and eat my way through the city.  Juneau did not disappoint. The sponsors are always and important aspect of conferences and without their sponsorship you could not have conferences like the International Food Bloggers Conference (IFBC).
From the welcome expo and excursions there were some fabulous sponsors from Alaskan Seafood, Travel Juneau, Alaska Brewing, to smaller but just as tasty,  ice cream  from Coppa, and candies of Chef Stef’s.
First up was the food walking tour with Juneau Food Tours. Our fist stop Tracy’s Crab Shack, then to one the local shops for reindeer sausage and kelp salsa. KELP SALSA!!! Then up the hill to the food truck court for Deck Hand Dave’s for a fish taco, Halibut from Salt, Hog wings at McGivney’s Sports Bar, last stop was the Alaska Hotel for a flight of beer from Alaska Brewing.
One excursion down and the Alaska Brewery tour was next. More food and beer, please.
Alaska brewery tour was pretty good beer and snacks before the tour and beer after the tour. It was also interesting how the brewery is self-sustaining. Alaska Brewing was on major sponsors and the hubster did hang out at their table during the conference. Every time I took a break there he was laughing it up at their table. He was there so long one day that they generously gave him a swag bad filled with stickers, magnets, a reusable cup, and his favorite beer-Smokey Porter.

Welcome reception kicked off the conference. Yes there was food.  Your wild caught salmon comes from Alaska and is it tasty? Yes. Travel Juneau put on quite a spread and what food blogging conference is complete without food. You should not leave hungry.

We were on our own for lunch during the conference except SalmonState hosted about 20 of us for lunch of grilled salmon right off the boat sort of. We were treated to a salmon fileting show and I learned that there is and ivory pink salmon. This breed of fish does not eat the krill therefore the flesh is very, very pale. Nothing beats fresh fish and seafood soup right at the source. What a great way to spend lunch and get the conference started.

A Taste of Juneau culminated at the end of the full day and the restaurants chosen did not disappoint. The Hog Wing from McGivney’s Sports Bar made and appearance again as did Chef Stef, but this time I was able to taste the Spruce Tip Sea Salt Caramels. Spruce tip is a popular ingredient and I was able to sample it in ice cream and in Spruce Tip Collins from the gin distiller across form the hotel? Did I mention that?
Coppa Ice Cream was another vendor that was shaking it up. Hey, it is ice cream, how crazy can it get? Glad you asked. How about Candied Salmon ice cream. I know what you are thinking, but you really need to try it. All I can say is “may I have some more”? Candied yes, salmony no and yes, it’s a word.
Some of my other favorites and I need more were the spruce tip sea salt caramels from Chef Stef’s. And did I mention the beer? Alaskan Brewing brought some of their aged Smokey Porter to taste. Too bad the hubster missed that!
All in all the days at the conference sped by and the food is now just a memory.
I think I need to go check the price of an airline ticket to Juneau! 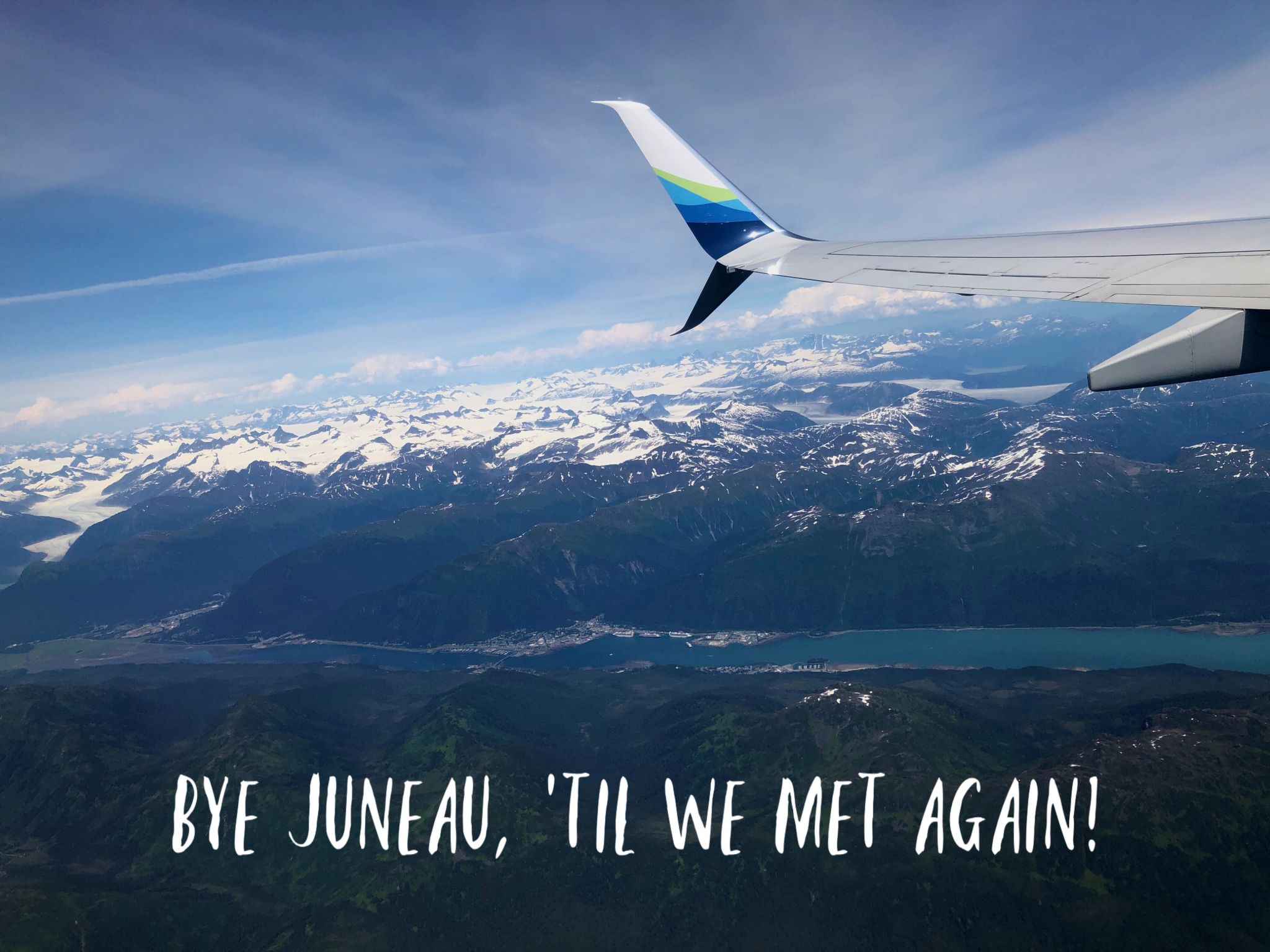 **Disclaimer: for a discounted registration fee I agreed to write about what I want about the conference, the sponsors or the host city.