THIS IS A REPOST:
Robert Burns is Scotland’s best-loved bard. Among many Scots, his best know poems are Auld Lang Syne and Ode To A Haggis.
Robert Burns was born January 25, 1759, in Alloway, Ayrshire, Scotland, to William Burnes, a poor tenant farmer, and Agnes Broun.  Robert Burns was the eldest of seven children. He spent his youth working his father’s farm, but in spite of his poverty he was extremely well read – at the insistence of his father, who employed (1772) a tutor, John Murdoch, for Robert and younger brother Gilbert. At 15 Robert was the principal worker on the farm and this prompted him to start writing in an attempt to find a suitable outlet for his circumstances.” It was at this early age that Burns penned his first verse, “My Handsome Nell”, which was an ode to the other subjects that dominated his life, namely scotch and women.
ODE TO A HAGGIS

Fair fa’ your honest, sonsie face,
Great Chieftan o’ the Puddin-race!
Aboon them a’ ye tak your place,
Painch, tripe, or thairm:
Weel are ye wordy of a grace
As lang’s my arm

The groaning trencher there ye fill,
Your hurdies like a distant hill,
You pin wad help to mend a mill
In time o’need
While thro’ your pores the dews distil
Like amber bead

His knife see Rustic-labour dight,
An’ cut you up wi’ ready slight,
Trenching your gushing entrails bright
Like onie ditch;
And then, O what a glorious sight,
Warm-reeking, rich!

Then, horn for horn they stretch an’ strive,
Deil tak the hindmost, on they drive,
Till a’ their weel-swall’d kytes belyve
Are bent like drums;
Then auld Guidman, maist like to rive
Bethankit hums

Is there that owre his French ragout,
Or olio that wad staw a sow,
Or fricassee wad mak her spew
Wi’ perfect sconner,
Looks down wi’ sneering, scornfu’ view
On sic a dinner?

Poor devil! see him owre his trash,
As feckless as a wither’d rash
His spindle-shank a guid whip-lash,
His nieve a nit;
Thro’ bluidy flood or field to dash,
O how unfit!

But mark the Rustic, haggis-fed,
The trembling earth resounds his tread,
Clap in his walie nieve a blade,
He’ll mak it whissle;
An’ legs, an’ arms an’ heads will sned,
Like taps o’ thrissle 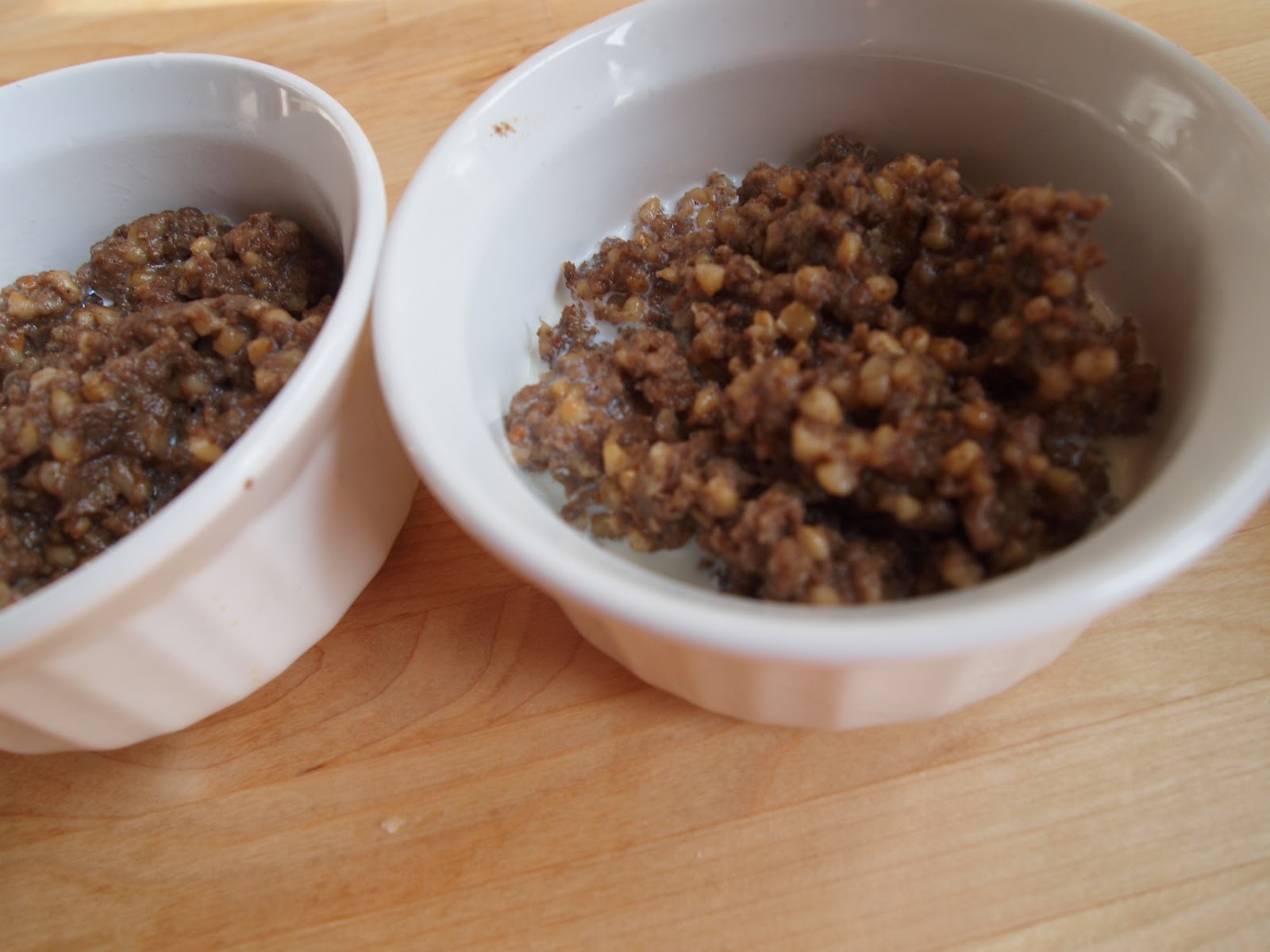 Ye pow’rs wha mak mankind your care,
An’ dish them out their bill o’fare,
Auld Scotland wants nae skinking ware
That jaups in luggies;
But, if ye wish her gratefu’ pray’r,
Gie her a Haggis!


What is haggis? Haggis is a dish containing sheep’s heart, liver, and lungs minced with onion, oatmeal, suet, spices, and salt. It is mixed and traditionally simmered in the sheep’s stomach. Although modern haggis is prepared in a casing rather then the actual stomach. So, haggis is a sausage or pudding cooked in a casing. I have to admit the thought of innards in a recipe isn’t so appealing. But I have to say the haggis we had celebrating Scotland during our stay at the Kilconquhar Castle Estate in 2008 was really good. It was very moist and flavorful and nothing like I was expecting. I really wasn’t sure what to expect. I heard stories, most of what legends are made of. It was nutty, spicy and was actually quite good. The haggis is a traditional dish of Scotland and is served with “neeps and tatties” to us that is yellow turnips and potatoes.
The recipe pictured above is called “Haggis Jacobean”put  2-3 oz of haggis in an individual serving dish. Add an extra teaspoon of whisky and heat in oven or microwave until piping hot. Serve with a generous portion of fresh cream.
And there you have it. Happy Birthday Robbie Burns a toast to the haggis