Fig Newtons, or Newtons as they are call now a days, are they a cake or cookie? Or does it really matter if you love them. If you love them then celebrate because today is National Fig Newton Day.

The first Fig Newtons were baked at the F. A. Kennedy Steam Bakery in 1891. The product was named “Newton” after the town of Newton, Massachusetts.

The Kennedy Biscuit Company had recently become associated with the New York Biscuit Company, and after the companies’ merger to form Nabisco, the fig rolls were trademarked as “Fig Newtons”

If you grew up in the 70s like I did then you may remember that  Nabisco ran an advertising campaign for the Fig Newton. The commercials featured actor James (Jimmy) Harder dressed like a fig. At the conclusion of the song, he struck the “Fig Newton Pose”, leaning forward and balancing on his left foot, with arms spread and right leg raised behind him. Who doesn’t exclaim “The Big Fig Newton” and strike a pose?

I searched the Internet for a recipe that I could use to recreate the Fig Newton. I looked through many. Some had corn syrup; others added orange zest in both the fig and cookie part; others had egg whites in them. With so many to choose from t I finally settled on one from renowned pastry chef Sherry Yard. The recipe comes from Desserts by the Yard.

So here goes: I used dried Calimyrna figs instead of Black Mission figs. And you do need an afternoon to make these from start to finish. But since I am not eating sugar, but I may have to make an exception, I will leave the judgment to my taste testers.   The directions did say that dough was sticky and that’s no lie. I only baked half the batch at first, I refrigerated the other half to see if would help. OK, so my so no sugar kick was kicked to the curb. I had one the same day I baked them they were like a cookie a little crunchy then the next day I couldn’t help myself and ate another one. They were definitely better the next day they were more cake like. “OMG”, “These are amazing” were some of the responses I got from my taste testers.

Adapted from Desserts by the Yard by Sherry Yard


For the filling:
Combine the chopped figs, water, apple juice and 1/4 cup of sugar in a medium saucepan, bring it a boil over medium heat. After it starts to boil reduce the heat to low and simmer it until the figs are soft and  practically disintegrating, anywhere from 90 minutes to 2 hours. Stir occasionally so the figs don’t scorch on the bottom of the pan.
When the figs are done cool the mixture at room temperature. Transfer the mixture to a food processor and process until it smooth at this time add the of 1/2 orange. Process until combined. Set aside until ready to use. I refrigerated my filling.
For the cookie dough:
Combine the 1/2 cup sugar and butter and beat them together on medium speed until light and fluffy about 2 minutes. Add the egg white, the remainder of the orange zest and the vanilla extract until smooth. Scrap down the sides of bowl and beaters. Add the flour, and mix on low until everything is mixed together and there are no streaks of flour. It should look like sugar cookie dough. Wrap tightly in plastic wrap and refrigerate it until its firm enough to roll out.
Preheat the oven to 350 degrees F.
Take the chilled dough from refrigerator and dust your work surface. I can not stress this enough. The dough gets sticky very quickly.
Roll the dough out to a rectangle that is 16X12 it will be thin.
Divide the dough into 4 inch strips. Take the filling and spread it in the middle of each strip of dough. Gently, very gently fold over one side over the fig mixture and then fold over the second side of dough.  Repeat for each of the dough strips.
Gently transfer the strips to a parchment lined baking sheet. Cut the cookies before baking. I cut them before transferring them to the baking sheets. On the last two sections I put them back in the refrigerator to chill again. The cookie dough really does get sticky so flour your surface very well. 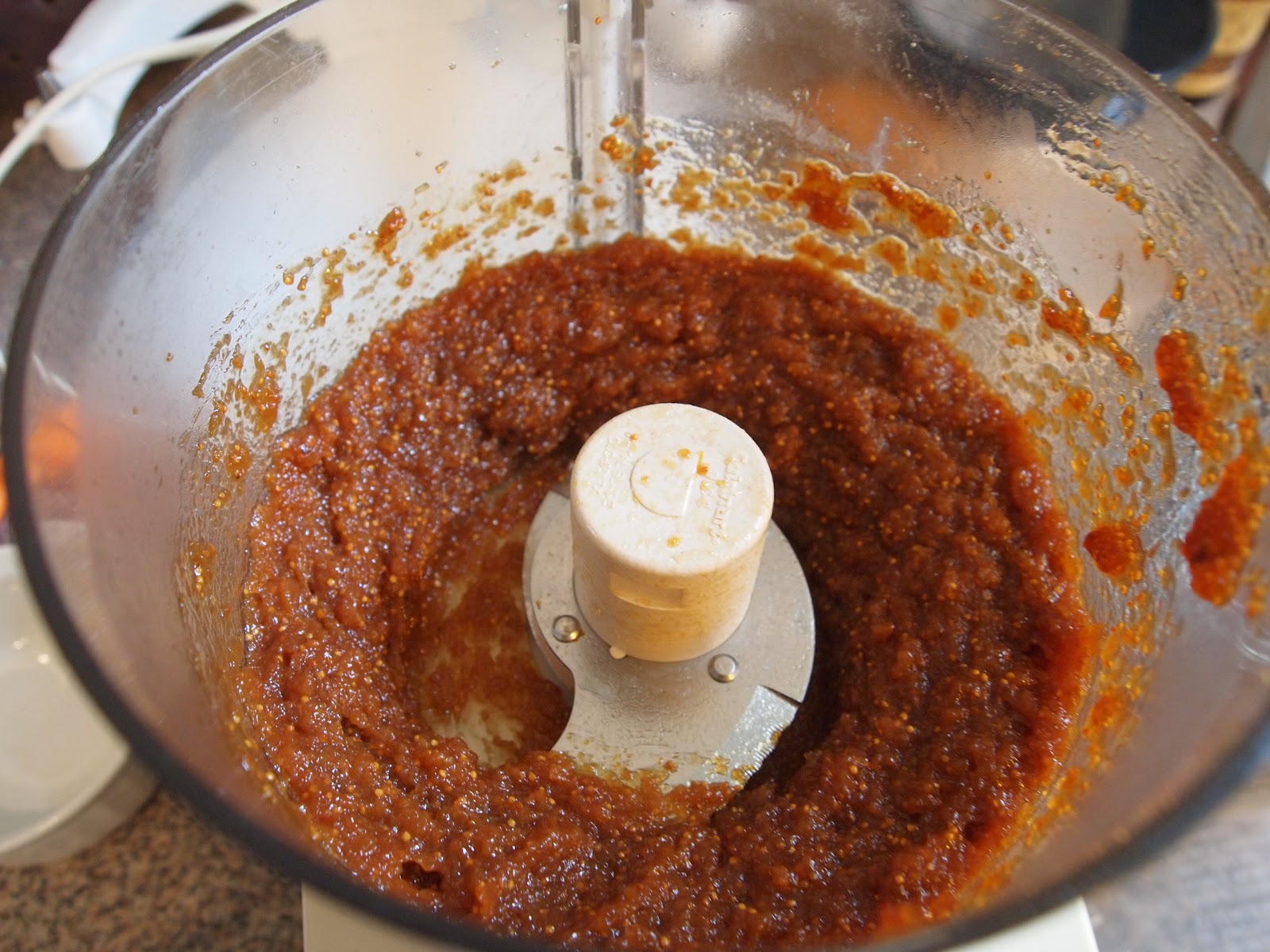