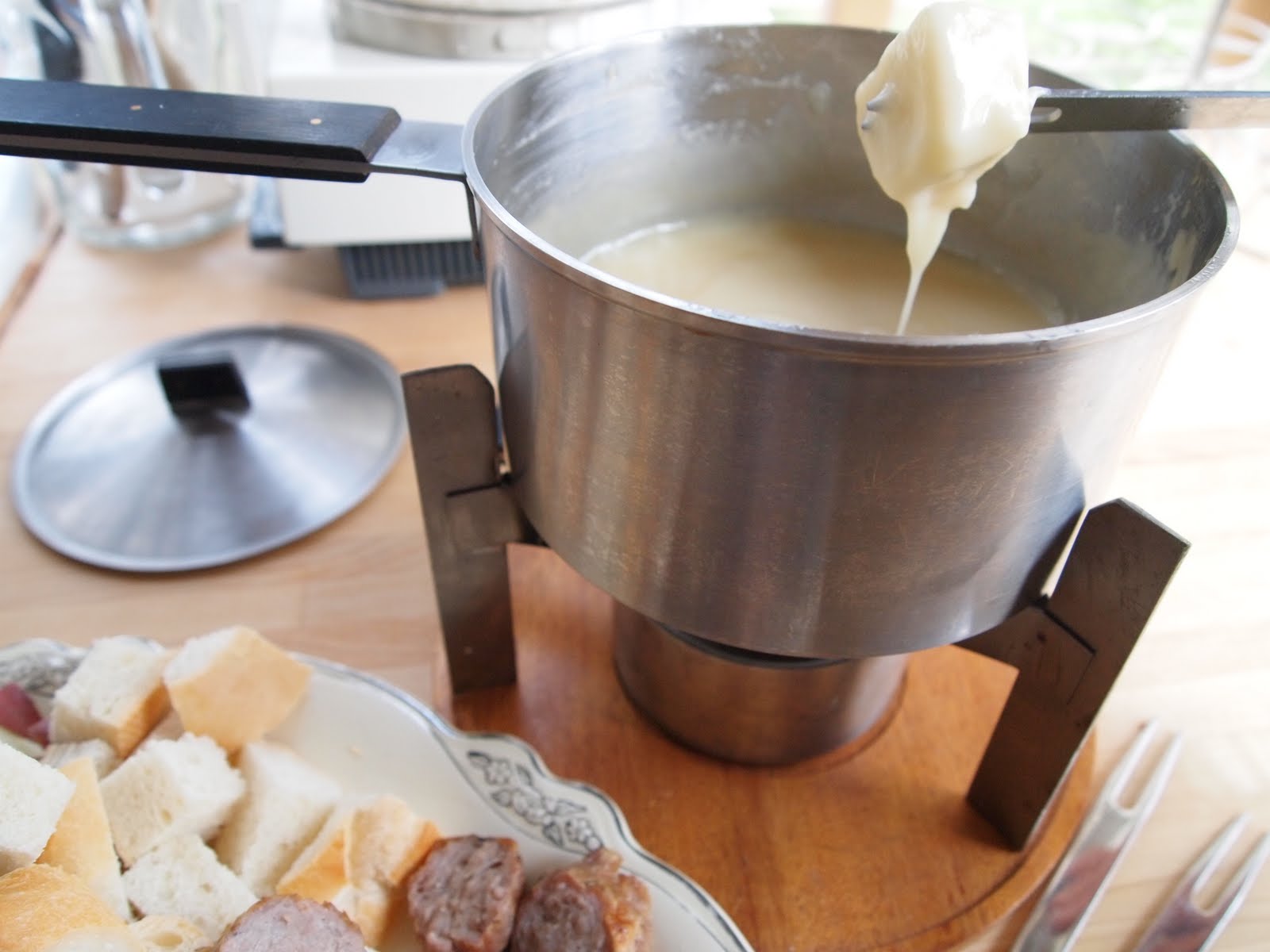 Today is National Fondue Day. It seems that fondue is making a comeback. There are fondue restaurants popping up everywhere. Cooking stores are still selling fondue pots them so, let’s celebrate. The recipe is not that hard to make. We tradionally have fondue at during the holidays. We grill bratwurst, cut up pears and of course cut up French bread. DIP AWAY!

Fondue is a Swiss and French dish of melted cheese served in a communal pot (caquelon) over a small burner (rechaud), and eaten by dipping long-stemmed forks with bread into the cheese. It was promoted as a Swiss national dish by the Swiss Cheese Union in the 1930s and became popular in North America in the 1960s.

It’s the classic fondue you grew up with – warm, creamy, savory cheese, perfect for dipping with a loaf of soft French bread.

1) Combine all ingredients except bread in a fondue pot; heat until melted, stirring occasionally.