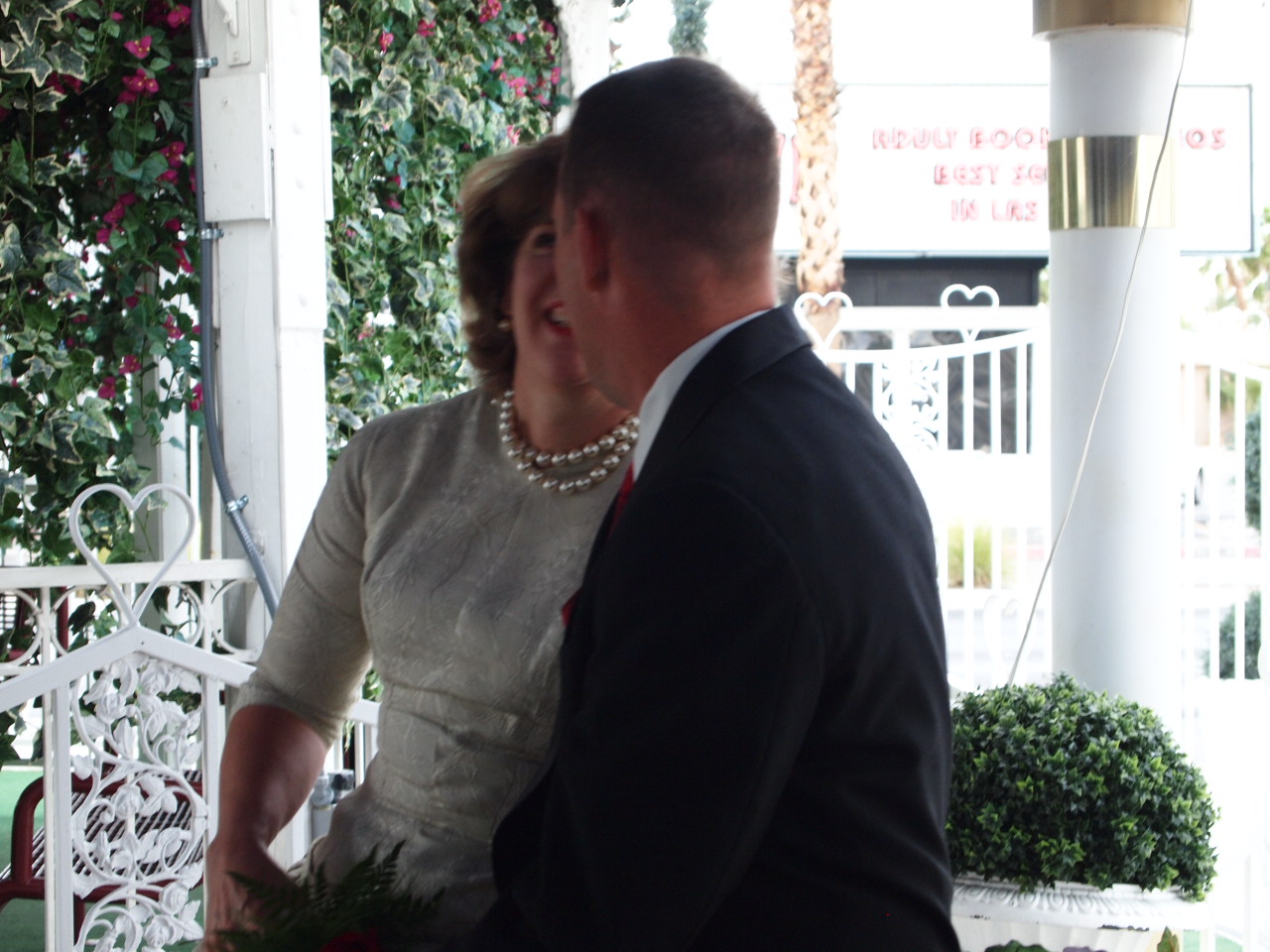 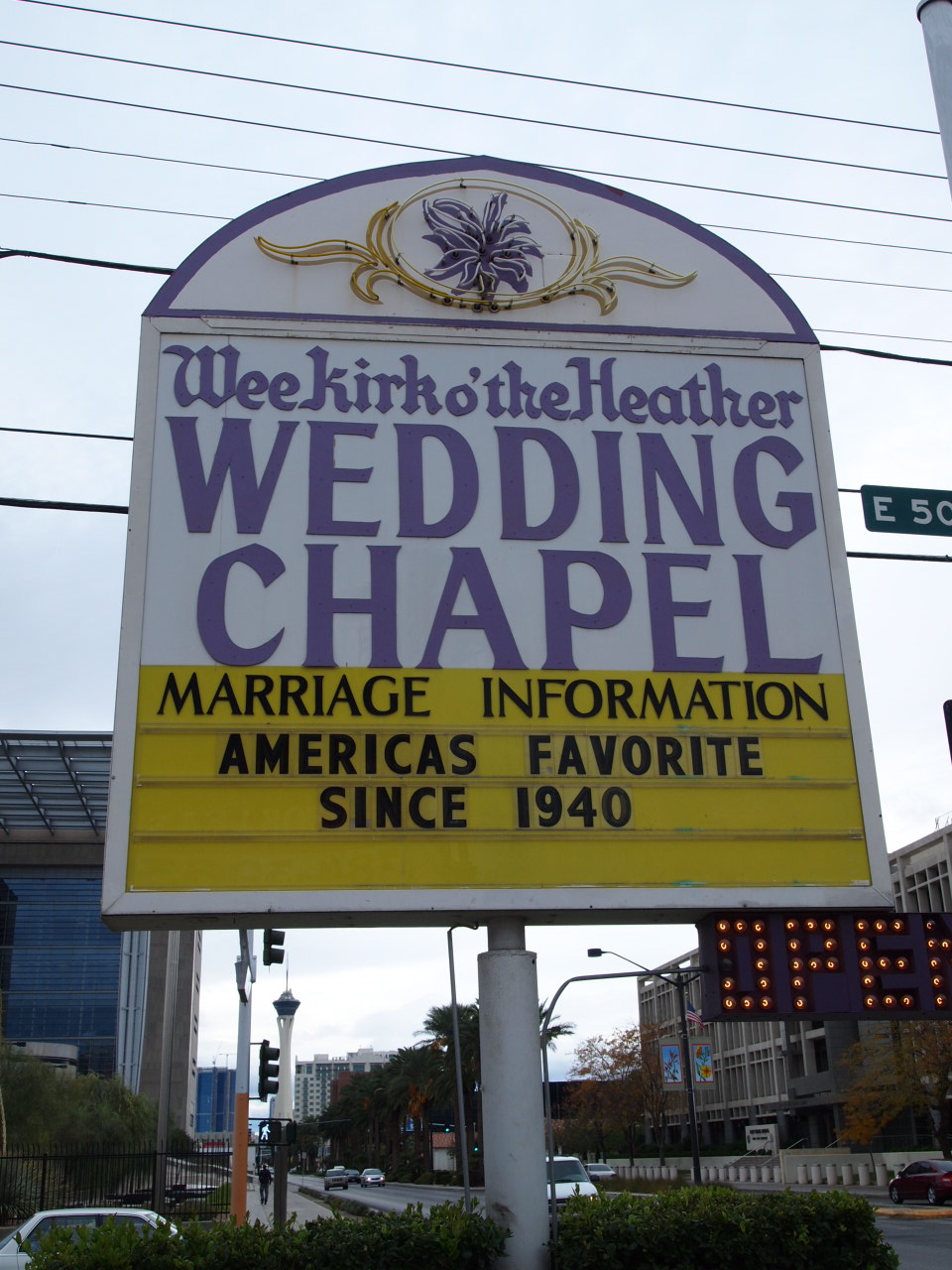 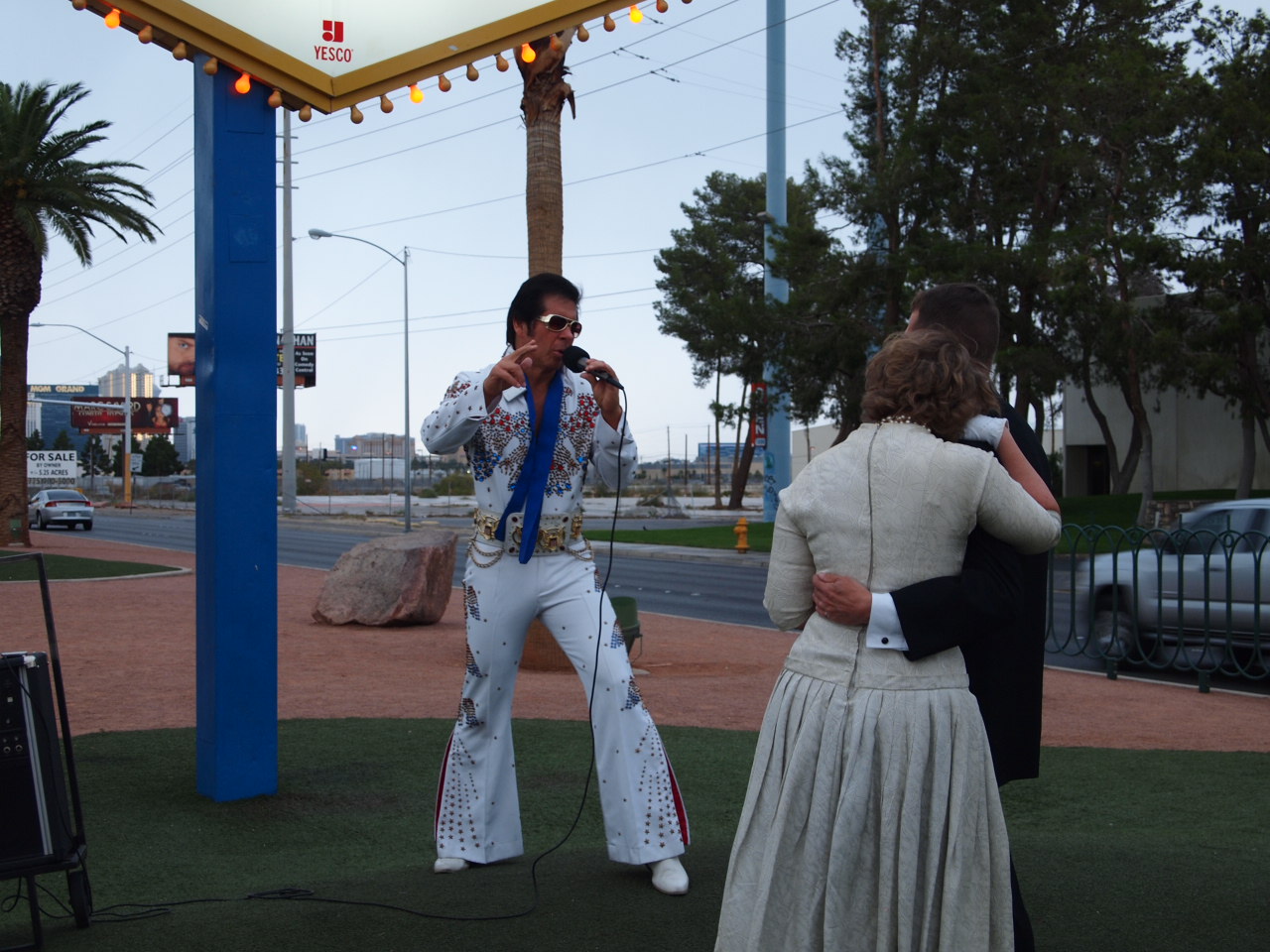 On November 20th I celebrated my 20th wedding anniversary by renewing my wedding vows in Las Vegas. When we got married the first time we were married in a courthouse the day before my husband was deployed to Desert Storm. This time I wanted a fun and lighthearted celebration. Well, I think I got it. We celebrated in a big way. We renewed our vows 4 times. The first was in the drive-thru at The White Wedding Chapel, then it was on to The Wee Kirk of the Heather, which is the oldest wedding chapel, the big grand ceremony was at the Las Vegas sign by an “Elvis”. Elvis sang three songs, we danced we laughed and had a great time. The last ceremony was after dinner at the Eiffel Tower restaurant by the best man reciting the wedding scene from  The Princess Bride. Friends and family joined us for the festivities.
Each ceremony was great and different in it’s own way.
The White Wedding Chapel has the drive-thru and the pink cadillac.
The Wee Kirk was a very traditional ceremony that had everything a bride could want. Traditional taped music that was worn out from too many ceremonies. It made everyone break out in laughter as soon as it started. But the best part was the fact that our ceremony was filmed by a Japanese travel show film crew! And then they wanted to interview us. 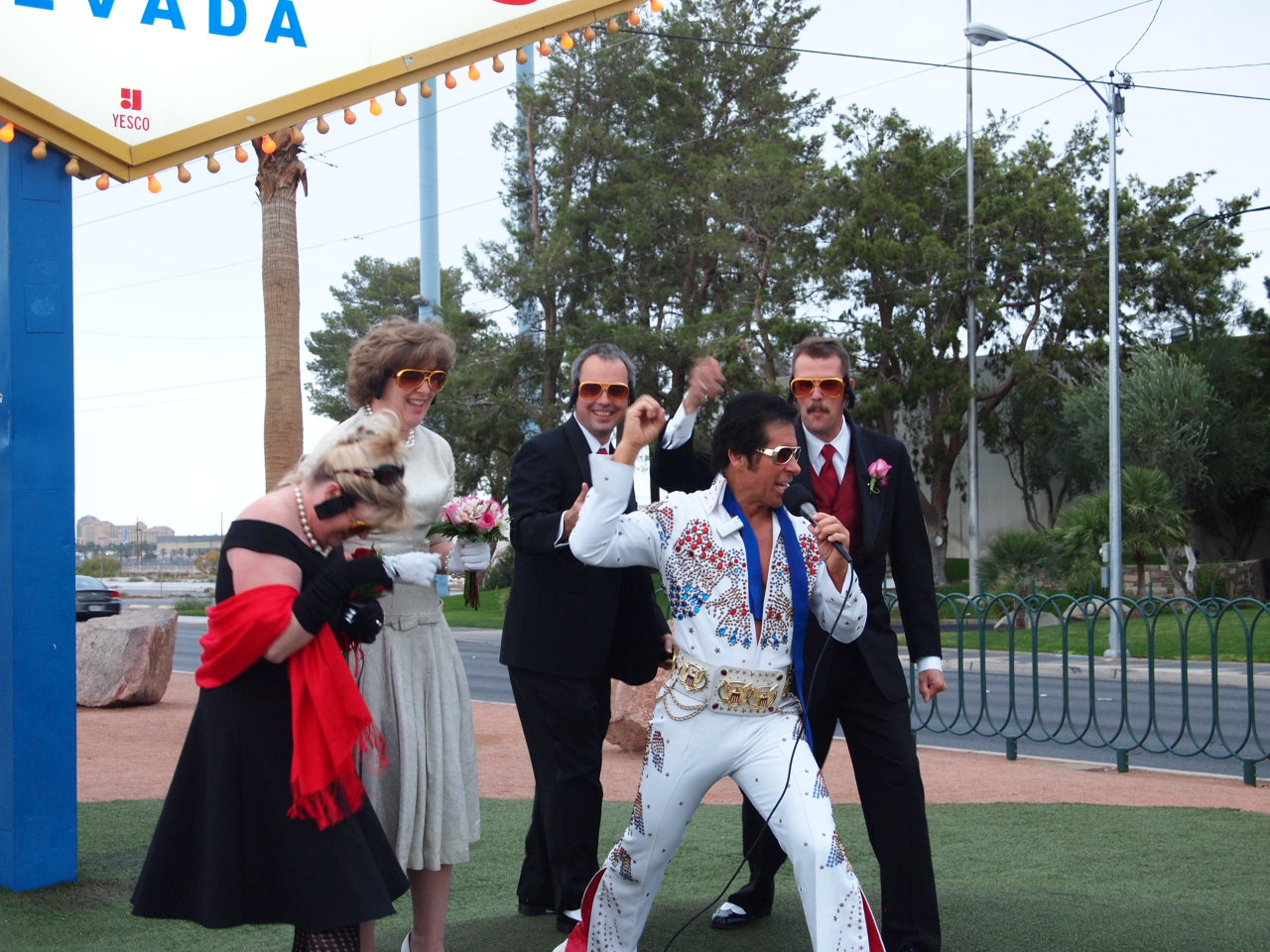 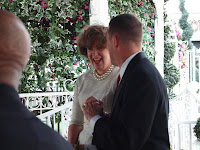 The sign ceremony was performed by a very buff and tan Elvis. We put on our Elvis glasses and sideburns and joined in on the fun. We were serenaded by Elvis and then he performed the ceremony while tourists looked on. The rain held out while we were at the sign and  then rained as much on this day as the ceremony 20 years ago.